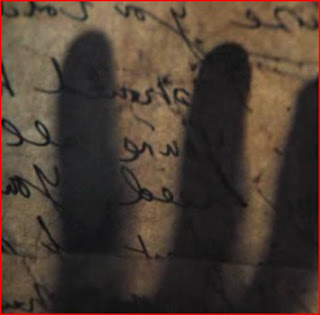 : to receive or take in the sense of (as letters or symbols) especially by sight or touch
: to study the movements of (as lips) with mental formulation of the communicaton expressed
: to utter aloud the printed or written words of <read them a story>
: to LEARN from what one has seen or found in writing or printing
: to deliver aloud by or as if by reading; specifically : to utter interpretively
: to become acquainted with or look over the contents of (as a book)
: to make a study of <read law>
: to read the works of
: to check (as copy or proof) for errors
---------------------------------------
Thusly there has been reading (or the lack of writing) in my current days. Not only have I been reading (receiving, studying, uttering, learning) short stories written by women--but I just finished reading (becoming, making, reading, checking) a novel as well.

This morning with my coffee I reopened the pages of the March/April 2010 issue of the Writer's Chronicle just for a little "look-see" because it was nearby. There was an article discussing the sound and syntax in a poem by my Sylvia Plath (yes, I just claimed her).

The following section pulled at my heart and cleverly inspired this entire blog entry:

"Although most of us cannot remember fully the time before we began learning to read, we can remember the humility and deep intimacy of those initial encounters. Children read with their entire bodies. They bunch their heels under their bottoms to get leverage over the page. They lurch and rock and squirm while holding a steady finger under each word. Reading is immediate and urgent, and incantation in which the unspoken text is called into being. Energy is released from print in the form of vocalization."

Little Janet was cheering as she pictured herself running a finger under every word (to mark her place). Her best friend, Ramona Quimby, revisited her for a moment.

Then "a little bit older" Janet was digesting everything written by V. C. Andrews as she carried around copies of whichever "family" series she was reading at the time.

Essentially I remember my reading "relationships" with great fondness. I am happy (relieved) to say that my affair with the written word is still harmonious and important. The novel I finished last night has little pen marks and stars where a passage made me stop and muse.

If I think about my closest friends, I realize that they are avid readers as well. And I am writing not about the ones who have also received degrees in English (too obvious), but those who haven't.

We can converse about a book or just revel in knowing that she or she or she has read that too. It's a symbiotic thing, this reading. Swapping and trading books is an intrigal part. We gift books and bookmarks. We give gift cards to bookstores. Is there anything more perfect?